Zinfandel According to Nalle 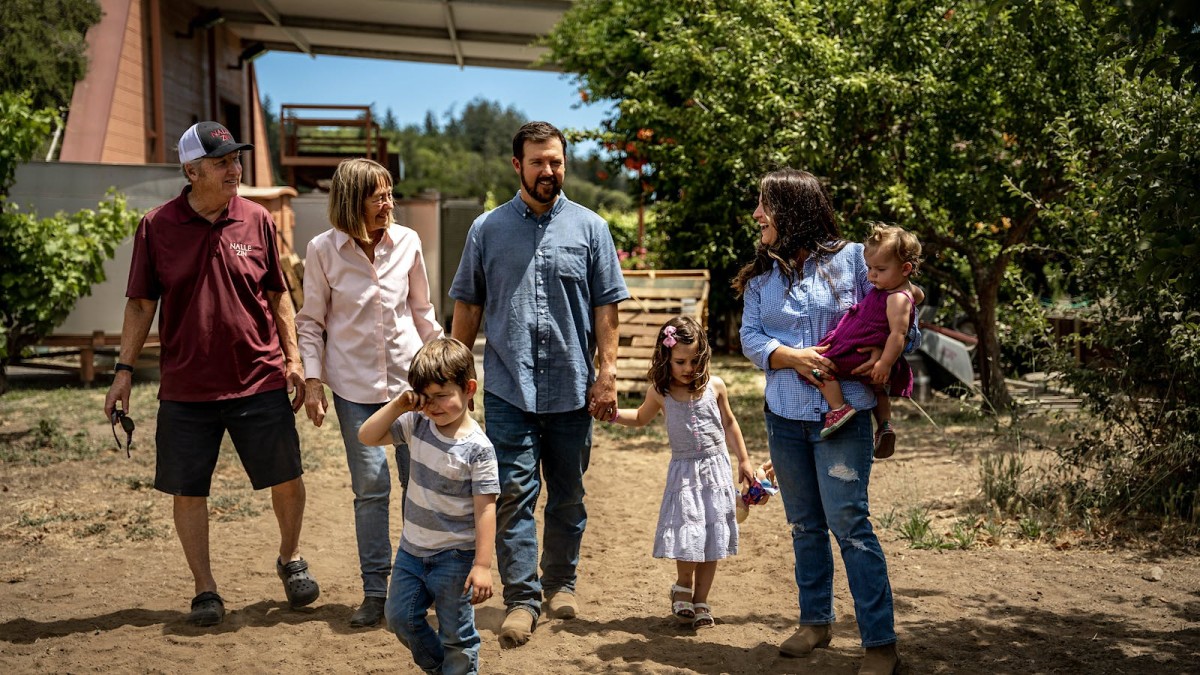 I’ve known Doug Nalle for the better part of 30 years, and even when I haven’t seen him in a while, he’s always the same ol’ Doug. I’d be disappointed if he wasn’t. Since his debut vintage in 1984, he’s gone his own way at Nalle Winery in Sonoma’s Dry Creek Valley. And as a boutique winery making about 2,000 cases a year of mostly Zinfandel, it hasn’t always been easy.

Doug, a spry 74 years old, still works the vineyards along Dry Creek Road that wife Lee’s great-grandparents, Fred and Ruby Henderlong, planted in 1927 at the peak of Prohibition. The vines might have been ripped out long ago if not for Gallo, which used the grapes for Hearty Burgundy for years. You can say the same for many old Zinfandel vineyards throughout Northern Sonoma.

Yet the Nalle family is in transition. Son Andrew Nalle and his viticulturist wife, April, are slowly taking the reins. “It’s in our DNA to keep this winery going in an honest way,” April says. Andrew studied enology and viticulture at Santa Rosa Junior College and U.C. Davis, while April has a master’s of viticulture from the University of Adelaide in Australia. 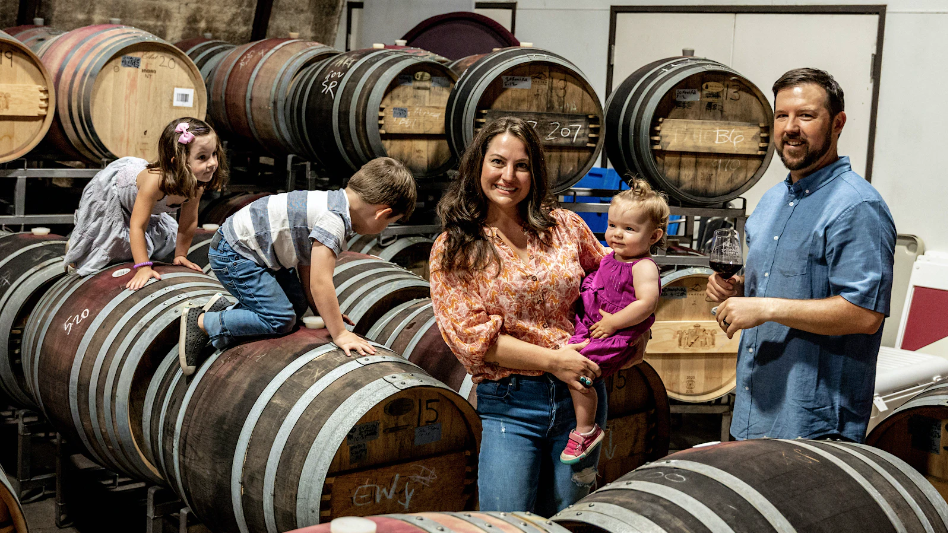 Cellar time is family time for April and Andrew Nalle. (Joshua Baldovino)
While the family makes other wines, including Cabernet Sauvignon and Pinot Noir, Nalle is a house that Zin built. Weary of the extracted, ripe, monster Zinfandels of the 1970s, Doug and other winemakers in the 1980s dialed it back and produced claret-style reds with 13.5 percent alcohol instead of 15 or 16 percent. If there were ever such a thing as elegant Zins, these were they. I enjoyed many bottles of Doug’s late 1980s and ’90s Zinfandels.

By the late 1990s, however, the popular style of Zin was shifting back to bold and ripe. Turley and others led the way and, frankly, they made some impressive wines, but slowly the alcohol level edged up to nearly 17 percent and my enthusiasm dimmed. The Nalle Zins lost favor over time, and there were a few lean years in the early 2000s.

A funny thing, though, as Doug puts it, “The worm has turned.” Super-ripe wines are failing out of favor again. Business is good for Nalle. If the 2019 Nalle Zinfandels are any indication, I can see why. (Check out today’s Insider for my newest Nalle review.) They are some of the best that the winery has made in years. Andrew says he’s “refining my dad’s style.” A self-professed fermentation nerd, Andrew has added new texture and polish and eliminated some of the funk, while keeping all the personality.

I look forward to tasting the Nalle wines in the future, as the family embraces the past. As April put it, “We wouldn’t be here if we had changed our style.”