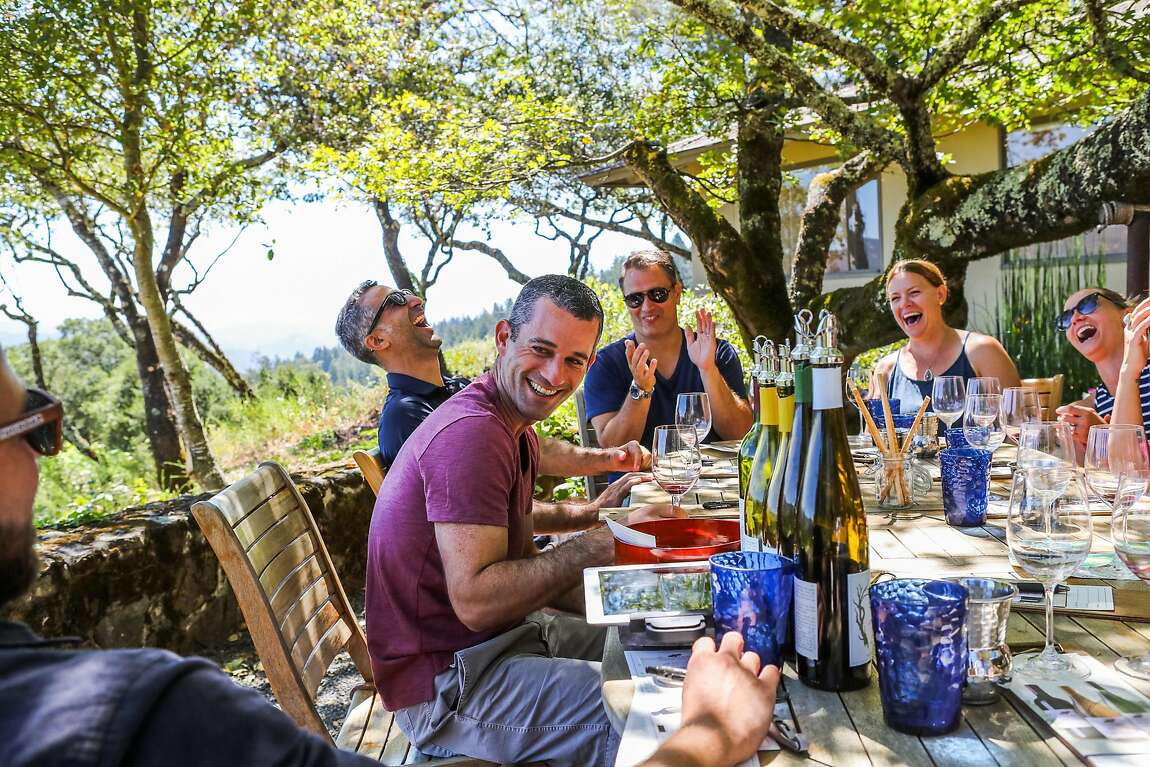 The village was empty. Some of the 12th century edifices might have been nearing “ruins” status: former monasteries with no signs of life; squat, stone houses with doors so petite that even a modern-size 10-year-old might have trouble getting through.

This was Vosne-Romanée, a village in Burgundy’s Côte de Nuits. If any place could be said to produce the world’s best wine, Vosne-Romanée, home of vineyards like Romanée-Conti, La Tâche and Richebourg, surely contends. Yet any casual tourist driving through this village (population: 427) might never have guessed she was standing on such hallowed ground.

Someone better accustomed to the Napa Valley style of wine tourism might have wondered: Where are the droves of thirsty visitors taking selfies? The roadside burger joints? The luxury home wares shops?

Where, indeed, are all the tasting rooms?

OK — there are a few tasting rooms in Burgundy, and several restaurants, even if not in Vosne-Romanée. Still, many Californians would be surprised by the impression of ghostliness Burgundy conveys relative to its heft in the wine world. Even many of the larger-scale, household-name wineries whose equivalents in Napa or Sonoma would have state-of-the-art hospitality behemoths — Domaine Faiveley, for instance, which produces about 60,000 cases of wine per year — aren’t open to the public.

The experience of wine tasting in Burgundy largely exists for the wine trade. It involves standing in dark, chilly, damp cellars, while the vigneron extracts small amounts of wine out of barrels and pipes them into your glass. You clasp the stem precariously between two fingers while furiously jotting notes in your notebook. This is not finished wine: It’s nascent, tannic, brutal Pinot Noir, as girded and reserved as many of the Burgundians themselves. With gums numb from polyphenolic overload, you spit into a drain, trying not to focus too much on the glowing pink mass growing in the wall’s furry mold that must be, you’ve decided, an insect’s egg sac. Whatever precious drops remain in your glass, you pour back into the barrel.

Napa Valley’s Beringer, this is not.

It’s an instructive reminder that we do things very, very differently here. Wine tasting in Burgundy can give the satisfaction of finishing a grueling workout. In California, on the other hand, wine tasting aims primarily to give pleasure.

This contrast has been on my mind a lot lately as I have been visiting winery tasting rooms in Napa and Sonoma counties in order to review them. From these reviews, both mine and my colleagues’, we’ve selected an exemplary set of 50 to include in our 2016 magazine guide to Wine Country, which you’ll find in Sunday’s newspaper. Later this fall, we launch a new website, The Press, an interactive online guide to visiting Napa and Sonoma. Both offer recommendations for where and how to go wine tasting, and are anchored in our independent reviews.

But how to evaluate the experience of visiting a winery? The more I tasted in Burgundy, the more complicated the question seemed. Is wine tasting supposed to be serious? What if it feels too serious, as if catering only to connoisseurs? Is it supposed to be fun? Is it possible for it to be too fun — tacky, tawdry, commercial? What if you dislike the Chardonnay but love the patio? Or what if, no matter how precious the Pinot, you just don’t want to spit into drains in a musky cellar with egg sacs growing in the walls?

Because the small and mid-size California winery’s business model depends on direct-to-consumer sales — cutting out the middlemen of wholesaler and retailer, who take sizable cuts of the profit — many of our wineries depend quite heavily on their tasting rooms. This is a different model from what’s found in many of the world’s other wine regions. When visitors come, maybe they’ll buy some wine to bring home, or better yet, join the wine club; at the very least, they’ll recognize the wine later at a restaurant.

The result is that California wineries have invested a lot of resources into creating a leisure sport for us. That’s perhaps nowhere clearer than at Castello di Amorosa in Calistoga — a reproduction of a 13th century Tuscan castle (reported construction cost: $30 million) where the wine can feel like an afterthought to the dungeon, torture chamber, drawbridge and moat. (All can be experienced on a guided tour; $40.) You could hardly spot more bachelorette-party sashes if you were at Asia SF on a Saturday night.